The Professor’s 3 in 1 deal

For the last few years, traders and investors in Jacksonville, Florida have had legendary trader Hank Swiencinski all to themselves. No longer. The Professor, as he is known by his clients, has released three of his legendary trading strategies over the last 12 months to a selected audience.

Now he’s gone a step further by combining all 3 courses into one package at a special introductory rate. The Professor Hank has been featured extensively on TV and in newspapers in Jacksonville, FL, for his legendary stock trading courses. This limited time offer is only available here! 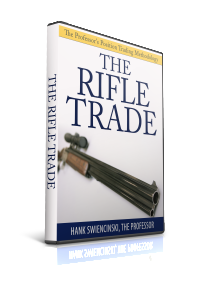 This strategy is equally suitable for novice and experienced traders and once you learn this powerful trading strategy you can use it immediately.

99.99% of investors or traders have no idea about the strategy you’ll learn on this course, it’s simply not taught anywhere else

If you ever want to learn a truly remarkable trading strategy and enjoy the wealth and lifestyle it can bring, now is the time to take action

The ‘Professor’s’ Rifle Trade’ uses a combination of technical indicators, that he has thoroughly tested during his 25 years of trading. And they really work. You only have to read the testimonials from The Professor’s clients to realize that what the Professor teaches is revolutionizing how traders and investors manage their portfolios.

You’ll see this strategy used for real, so that you’ll know exactly:

The Professor’s subscribers have recently been Rifle Trading GILD, USO and OIL to name a few. To be successful you need a simple but effective strategy, no filler; that’s what the Rifle Trade is and this your opportunity to join the club.

Heads are turning with the latest from the Professor. This amazing strategy will arm you with the tools to turn the tables on your trading with devastating results.

In his Trading the Turns course, the Professor will show you exactly how to make these types of trades. There are several elements to making these trades, and you need all of them in place to be successful.

Suffice to say, there’s no profit until you take the money off the table, and there’s no sense in letting a losing trade ride (and yes not all the Professor’s trades are winners). Here’s where you will learn how to use the Professor’s money management techniques to minimize risk and maximize profits.

The Professor also reviews how he used this Methodology to identify all four of the major Up turns  in 2013. Each of these four turns identified moves of approximately 1,000 Dow points. That’s almost 4,000 Dow points! In 2013 alone!

you’ll see this strategy used for real, so that you’ll know:

PACKAGE #3 – Going to the Candy Store 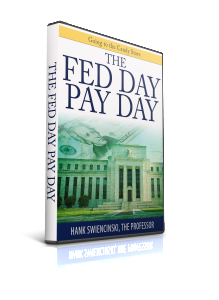 Hot off the press!! Fed day pay day – learn how to cash in on fed day. With this simple yet effective strategy you learn how to trade the Fed day and get the bonus 100 point move predictor thrown in. Plus a peek inside the Professor’s algorithm.

So what’s with the title? This course focuses on the techniques he uses to trade the markets on event driven days like the Fed Announcement. He calls these techniques ‘Going to the Candy Store’. Like all of the techniques in the Professor’s Methodology, they are extremely easy to understand and apply.

With the right setup and technical analysis, these special days in the market can be money in the bank. It’s not rocket science, it’s commonsense and simple technique.

There’s always more than one candy at the candy store! The Professor also reveals how he uses the A-D oscillator to predict moves of 100 points or more, a day or two before the moves actually occur.

Knowing that the Dow will be making a move a day or two in advance can be extremely profitable. It’s almost like going to the race-track with the results from tomorrow’s newspaper in hand. It’s that good!

In addition to being able to identify the Big Moves, the Professor will also show you how he uses the A-D oscillator to identify short-term trend changes.

A peek inside The Professor’s Algorithm

We’re going to give a peek inside the Professor’s most powerful tool, his Algorithm. You’ll learn how he uses The Professor Algorithm to identify the times when the market is setting up to begin a Major Trend.

Each of these courses sells individually for $99 or more. If you act now we’ll also include the slides for all 3 courses!

This entire package with 3 courses, 2 bonus indicators and slides is all yours for the low price of

Act now before we change our mind

If you have purchased one or two of these courses previously, please call 1-800-332-2999 or email sales@oneminutestock.com for special pricing to access this deal.